The first Solar Decathlon collegiate competition was held 20 years ago in the fall of 2002. Back then, teams had to convince the public that solar panels could even power a home. Today, the Solar Decathlon has grown to include more than 25,000 alumni, hundreds of zero energy buildings, and high-performance, low-carbon designs that go far beyond solar. 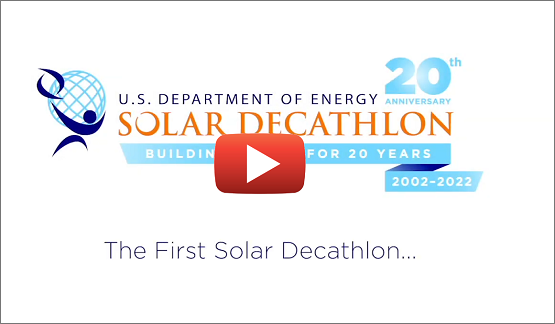 To celebrate the 20th anniversary, we talked with Kathleen Robertson, director of policy, government affairs, and markets at Sol Systems, about her experience on the University of Virginia team during the inaugural competition. 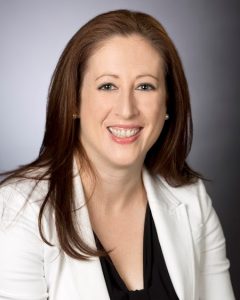 Let’s go all the way back to the beginning. How did you get involved in the Solar Decathlon?

Solar was fairly cutting edge in the summer of 2001. I responded to a posting for an independent study class called Build a Solar House.

It was listed for engineers and architects, so I wrote an email to the professor saying, “I’m not either of those, but I really want to be a part of this.” And the professor wrote back saying, “Your passion is clear; we will find a role for you.”

And that itself is one of the biggest life lessons of Solar Decathlon—pipe up if you want to be part of something. I am sure you end up in the Solar Decathlon differently these days, but I literally pulled a tag off a bulletin board.

What were you studying at the time?

I was in urban environmental planning … but really by that summer I realized I didn’t want to be an urban planner. Clean energy was novel but starting to take off. It seemed like the future, and it was exciting to find a way to be a part of that before I even graduated.

What was your role on the University of Virginia team?

I am a very competitive, detail-oriented person, so I went through and read the rules of the competition and realized that there were a lot of points to capture that weren’t engineering or architecture.

It was a bit unsexy to talk a local electronics store into donating an energy-efficient TV, but it was just as many points as other categories. I learned the importance of figuring out what needs to be done and just doing it, being the “Jill of all trades.”

How hard was fundraising when the Solar Decathlon was completely unknown?

We did A LOT of cold calling. Plasma flat screen TVs were brand new and extremely expensive at the time, but given the energy benefits we really wanted one. We ended up going over to the local electronics store with printouts of what the project was and what benefits we thought we could provide them.

Now, you can show pictures with Solar Decathlon houses on the National Mall or in communities, but we didn’t even have pictures of what we were trying to do.

Someone ended up donating the plasma TV! At one point we were transporting a $4,000 TV in a student’s $1,000 Volkswagen Jetta.

How is the Solar Decathlon connected to where you are today?

The obvious surface connection is that I am director of policy for a solar development company, which I love. We do solar from commercial to industrial to utility scale in ways I couldn’t even have envisioned 20 years ago.

But I think more generally, the Solar Decathlon taught me how to think creatively, pull on the threads of a problem, and follow it through to the end.

There was no getting an extension, there was no “dog ate my homework”; we had to produce an entire house that worked by a certain date. And we did. We came in second place, and I am still proud of that 20 years later.

How has energy use changed in the United States since your time in the Solar Decathlon?

20 years ago, the idea that the entire grid could be clean and power virtually everything we do would have been crazy talk. But the conversation now is “How close to 100% renewable can we get?”

It is rewarding to realize that I have been in the industry from the time period of having to invite news outlets to the National Mall to show that solar panels really could wash and dry clothes, to now talking about zero carbon energy and how many things can be electrified.

Would you recommend Solar Decathlon to others?

Yes! It was a great bridge between the theory of college and the practice of real life. You spend nights and weekends on the project—it ended up being all-consuming—but it was such a great experience. It helped many of us learn how to be advocates for the technology, and I still consider it one of the best parts of college.

This entry was posted on Thursday, October 6th, 2022 at 10:39 am and is filed under Solar Decathlon.